We Treat Your Home As If It Was Our Own

More Than A Man With A Spray Can

Most pest control companies take the same approach with all of their clients — they find the “right spray” for the “right bug” and call it a day.

At Lakewood Exterminating, we think of pest control a bit differently.

We believe that the secret to the best pest control — the kind that requires as little follow-up as possible, and that treats your home with respect — is all about personalization.

We’ve spent years studying and treating local homes in the Lakewood area. All of that experience allows us to come to you armed with highly specialized knowledge — we know the pests, what they like (and, more importantly, what they don’t like), and we know the nooks, crannies, and quirks of homes just like yours. 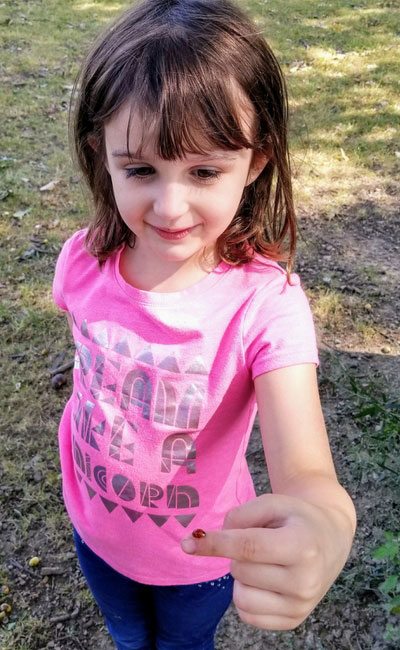 We treat every customer as our neighbor, and every home as our own. We are wholly committed to holistic home pest control.

Concerned about pesticide use in and around your home? Ask about Green Pro Certified Service. These services are based on Integrated Pest Management.

Pests live within our shadows. Our products target places that children and pets cannot reach.

We’ll help you find a low-risk solution, no matter how tricky or extensive your pest problem is.

Our goal is to get rid of your issue within an hour -- all during the initial visit.

Do You Want Your Problem Gone Yesterday?

We’ve developed fast, efficient protocols that prevent recurring issues. Once we treat your home, the vermin will be gone — for good.

You hire us to help. We do just that.

Get only what you need.

We understand that some pest control options require a bigger budget or more time than you have — that’s okay. We’re committed to providing you with practical options that will solve your issue, regardless of your availability or budget.

0
Satisfied Customers
0
5 Star Reviews On Google
0
Approximately How Many Other People Your Technician Helps On A Daily Basis.

Shawn Payne is a college-educated horticulturist with over two decades of experience working with plants and pests. After graduating from vocational high school specializing in horticulture, he went on to earn dual degrees from the Ohio State University Agricultural Technical Institute. Shawn studied abroad in the United Kingdom, and was a well-known entomology and botany peer tutor (that’s a fancy way of saying he helped his friends kick butt in their bugs and plants classes).

After college, Shawn spent time working with the Davey Resource Group at Con Edison in Westchester County, NY. He then moved into a gardener position for the city of Cleveland. There, he helped care for the grounds and display greenhouses at Rockefeller Park Greenhouse. His main duties were pesticide application and helping seasonal floriculture crops thrive in the production greenhouses.

In September of 2008, Shawn took a position as a groundskeeper at NASA Glenn Research Center. Although his job duties ranged from cutting grass to repairing water main breaks, weed control and structural pest control were his main responsibility — and he was quite good at it, if you don’t mind us bragging!

After the birth of his first child, Shawn branched out on his own and started his business, Advantage Landscape Services. In less than a year, he expanded his focus and the company evolved into Lakewood Plant and Pest a year later. Finally, after recognizing an overwhelming demand for quality pest control services in the area, Shawn decided to discontinue landscaping services and focus his company’s efforts on his true specialty — personalized, quality pest control.

Shawn resides in Lakewood, OH with his two daughters. When he’s not busy solving pest problems, he enjoys relaxing with family and friends.

Locally Focused On Cleveland’s West Side.

Upon discovering a pest problem, the first thing most people do is take to the internet to find a solution. Unfortunately, there’s a lot of terrible (and, sometimes, downright dangerous) advice out there about pest control. Insects and rodents these days are heartier, sturdier, and trickier than ever — the centuries-old remedy you found on Pinterest will probably cost you time and money, but get you nowhere with your pest problem.

At Lakewood Exterminating, our passion isn’t just getting rid of people’s pests — our passion is empowering people to help them find the perfect solution to their pest problem. That’s why all of the information you’ll find on our website comes straight from us, with decades of education and experience to back it up. Our mission is to get you back to feeling at home in your own home again.

Check Out Our Blog

Educating the public is the key to effective pest control. The truth is that about 80% of people will never even hire an exterminator. That’s why we’ve decided to share our knowledge to better our community. There’s no need for us to hide our tips and tricks from the public! Read up and learn from us — Shawn, our owner, wrote each and every article himself. There’s a lot of false and misleading information out there — we want to counteract whatever we can!

Have you ever heard the saying, “Keep your friends close, and your enemies closer?”

The more you know about “the enemy” pests taking over your home, the better and faster you can get rid of them.

Our Pest Library has everything you need to know about the life cycles and habits of any insect or creature that could possibly be bugging you. Knowledge is power — the more you know about what makes these pests thrive, the better you can target your efforts to eradicate them.

Every job we do is unique. However, we’ve spent years perfecting our proven protocols for each and every type of pest. For example, our cockroach service is unique to all other services.

Take a minute to visit our Services page to find out what you can expect when you hire us.