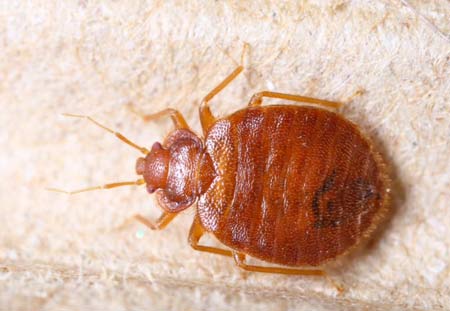 Bed bugs are categorized within the Order Hemiptera. This is the order of true bugs. While this does not mean much to most people, you might be able to draw a relationship. Most true bugs receive their nourishment from plants. For example, cicadas, aphids, and stinkbugs are true bugs. They use specialized piercing-sucking mouth parts to extract juices from vegetation. On the other hand, bed bugs, and kissing bugs have adapted themselves to feed on animals. Same feeding concept; just a different fluid.

You may have heard that bed bugs developed from a bat parasite. During the caveman age, man shared shelter with the bat. The bat bug parasite didn’t have to travel far to begin feeding on the caveman. Over time they adapted to take us on as their host. Now we have both bed bugs and bat bugs.

Bat bugs are said to be fuzzier. Ohio State University said at one point that more infestations researched by the State are due to bat bugs, not bed bugs. Keep in mind that they do not breed with one another. On top of that, they are both host specific. As a result they generally either keep to bats or to humans.

Throughout history bed bugs were a common pest. Supposedly, the broad application of the residual insecticide, DDT, nearly wiped them out. At the same time bed bugs were developing a resistance to this pesticide’s mode of action. Eventually DDT was banned. Subsequently common pest control practice evolved into spraying the interior of homes with pyrethroid insecticides. On top of controlling ants and cockroaches, the residual pesticides kept the bed bug population at bay for a long period of time. For many people, bed bugs were just part of a saying that your parents softly said after they tucked you in. Nearly 30 years later I wonder how that statement was meant to be comforting to a young child.

Current pest control practices have implemented the use of baits. We now use baits to control our most common household pests. By doing so we reduced the amount of pesticides being applied inside our homes. Their is a good chance that this practice has allowed bed bugs to regain their foothold in our world; at least to a certain extent.

Learning to correctly identify bed bugs is essential. For instance, all life stages of bed bugs are clearly visible to the naked eye. Even though these pests are great at hiding, they do not require a magnifying glass to identify them. In many cases people jump to the conclusion that they have bed bugs. This is usually in response to a skin reaction. In order to positively identify a bed bug infestation, you will need to find one. In no case should you even try to diagnose a potential insect bite without visual evidence of the actual cause.

Although young nymphs take on a yellow coloration, bed bugs are brownish-red in color. They have soft bodies that are broad and flattened. For protection they sandwich themselves between two objects. Bed bugs are nearly hairless, nearly wingless insects. They do not jump, or fly.

Bed bugs go through an incomplete metamorphosis. That means there are eggs, nymphs and adults. There are no larvae or pupal stages of life. A female bed bug can lay three to four eggs each day. Eggs are clear in appearance. The females glue their eggs to the sides of tufts, folds, cracks, and crevices. Nymphs are immature stages of the adult. They are similar in structure but smaller and are often lighter in hue. They aggregate together with eggs and adults. Nymphs shed their exoskeleton multiple times as they mature in adults. Depending on their environment, bed bugs live approximately one year.